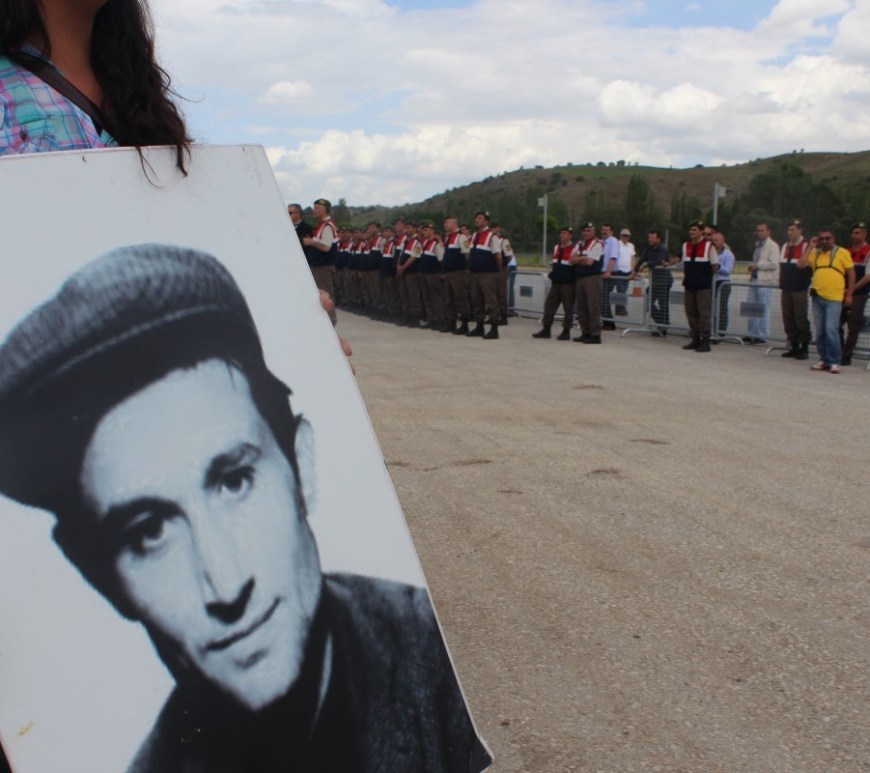 Photo: A protester holds a picture of Ibrahim Kaypakkaya as Turkish police look on By Felipe Vera On December 26, the owner of Umut Publishing was sentenced to two years and one month in prison for publishing the collected writings of Communist revolutionary Ibrahim Kaypakkaya in 2018. An operator with Yön Printing was also sentenced to 10 months just for printing the book. After the … END_OF_DOCUMENT_TOKEN_TO_BE_REPLACED

By Jakob Stein This year marks the seventieth anniversary of the birth of İbrahim Kaypakkaya, and May 18 was the forty-sixth anniversary of his murder in Diyarbakır Prison in Turkey. He was killed in his early twenties after enduring four months of brutal torture, but in his young life he achieved a great deal. Kaypakkaya is responsible for bringing the teachings of Mao to Turkey … END_OF_DOCUMENT_TOKEN_TO_BE_REPLACED