Photo: Activists and Community Members take over a discussion hosting Self Help Graphics & Art at the Blanton Art Museum By David Martinez Last night, activists with the revolutionary organization Defend Our Hoodz (DOH), university students, and community members took over a discussion panel held at the Blanton Art Museum on the University of Texas campus to uphold a boycott called against Self Help Graphics … END_OF_DOCUMENT_TOKEN_TO_BE_REPLACED

By Felipe Vera On September 7, revolutionary anti-gentrification organization Defend Boyle Heights (DBH) led militant activists in disrupting the reopening of the Nicodim art gallery at its new location in downtown Los Angeles. Nicodim was originally located in Boyle Heights, before being driven out after a two-year long anti-gentrification resistance led by activists and community members. Although representatives of Nicodim say the protests had no … END_OF_DOCUMENT_TOKEN_TO_BE_REPLACED 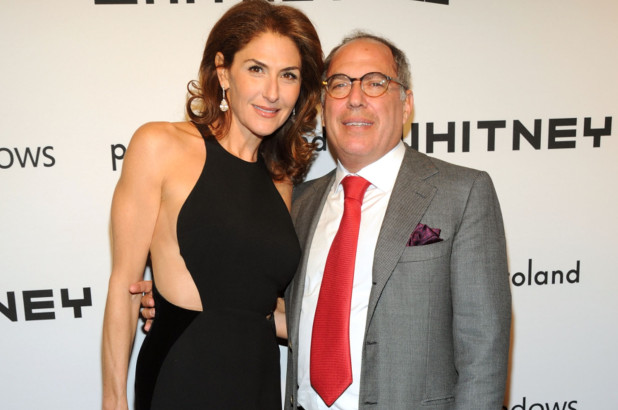 Photo: Whitney Board Trustee Warren Kanders and his wife Allison Kanders, who also resigned from her committee position at the museum last week. By David Martinez Last Thursday, Warren Kanders resigned from his position as vice-chair of The Whitney Museum of American Art’s board of trustees after months of targeted protests demanding he step down. He became the focus of mass outrage late last year … END_OF_DOCUMENT_TOKEN_TO_BE_REPLACED

By David Martinez Last Friday afternoon, residents of the East Riverside neighborhood of Austin visited the offices of arts non-profit Austin Creative Alliance (ACA) and dumped $50 worth of pennies in an act of protest against the Riverside Arts District and John Riedie, the CEO of the non-profit. The community members included tenants of apartments facing redevelopment and supporters of revolutionary organizations Defend Our Hoodz … END_OF_DOCUMENT_TOKEN_TO_BE_REPLACED