Mostly Black, poor and working class residents line up in the cold to apply for affordable housing at ‘The Mezzanine’

On January 27, an estimated 1,000 people waited in line in the cold rain to apply for 129 housing units marketed as affordable on Freedom Drive in West Charlotte.

The “Mezzanine at Freedom” apartments have been under construction for the last two years. The development will have 185 total units, of which 129 are slated for affordable housing designation starting at $350 per month.

In 2018, Marsh Properties donated 7.8 acres of land and the congregation at Covenant Presbyterian raised $2 million with the City of Charlotte allocating $4.5 million from its Housing Trust Fund in subsidies for the apartments. Tenants who are not approved for these units will be added to a waitlist for one of Marsh’s other properties.

While the lowest-priced apartments start at $350 per month, which would be geared to 30% average median income (AMI) for Charlotte, only 19 of the total 129 qualified for that price. The majority of units, 72 total, are sanctioned for families at or below 60% of AMI ($47,400 for a family of four). The highest priced units will go for $1,450 for a three bedroom, which is market rate.

The line consisted almost entirely of Black residents at the Mezzanine, which is near Uptown Charlotte in a historically Black working class area. Charlotte has ranked fifth in the nation between 2010-2017 in population growth, with estimates of 122 new people moving into the city per day. According to the city, Charlotte has a housing shortage of 24,000 units. As of 2019, the city council earmarked $180 million over the last five years to address this housing shortage.

City sources indicate that since 2002, Charlotte has only built 8,500 units while the current need is over 24,000. Evictions have also been steadily rising, up by 12% in 2019, and the homeless population continues to grow while many others are displaced by gentrification. As the city grows, so will its accommodation for the petty bourgeoisie and their entertainment, such as the $110 million allocated for a Major League Soccer (MLS) team, while the working-class continues to suffer in destitution.

The worst aspect of the housing shortage falls on the poorest workers. As they see their wages stagnate while housing costs continue to increase, they end up spending a greater portion of each month’s check on rent until they can no longer afford it. This forces many workers to move out of the city, or in this case pitting them against each other for the developer’s meager offering.

Large portions of nearby Brookhill, one of Charlotte’s oldest Black neighborhoods, were recently bought by Tom Hendrickson of Lookout Ventures, LLC and South Tryon Community Development Corporation (STDC). The recently finalized “New Brookhill” plan will be half ‘affordable’ and half market rate housing, totaling at 324-units with 65 being allocated for 30% AMI. In addition, the plan only allocates 65 units at the price residents pay today. Brookhill is currently less than halfway occupied and for the past two years 265 units have been boarded up. It once was a 400-unit neighborhood, where working-class Black people had lived since the early 1960’s.

Hendrickson is in partnership with Rayshawn McKinnon, a careerist pastor running for County Commissioner, who directs the STDC and provides cover for the developer’s plans. Their ruling class alliance works in the interests of furthering displacement and enriching themselves. 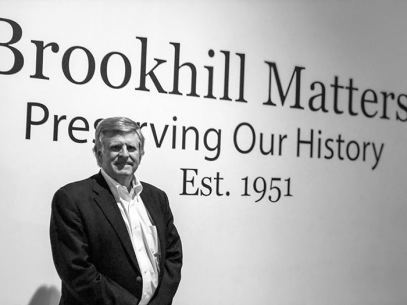 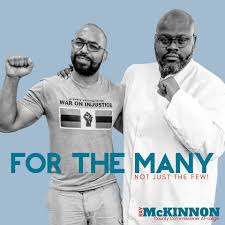 Working class housing shortages, like job shortages, are nothing new under capitalism, and are a symptom of capitalism’s chaotic nature that leaves workers at its whim. Wages are kept stagnant, rents continue to increase, and historically working-class neighborhoods are being transformed according to capitalist agendas. This is why 1,000 people to showed up at the Mezzanine to compete for only 129 apartments.

Many who waited in line for hours for the chance at an apartment may still struggle to afford it, and the vast majority will be left out in the cold. Although the city pretends that it can solve this problem, it was largely dependent on capitalist charity funding to build the complex.

Under Imperialism, this housing crisis, tied to the inevitable economic crises, will only continue to worsen. The only solution is to end the capitalist mode of production through revolution and the establishment of socialism, which will end the commodification of housing and put all available resources toward meeting the needs of the working-class. This in part means learning how to fight by combating capitalists at every level of the housing struggle, demanding better conditions and resisting attempts to displace workers from their homes.