Thirty-nine seconds of gut-wrenching video were uncovered this week, filmed from the perspective of martyred activist Sandra Bland, depicting Texas State Trooper Brian Encinia terrorizing her moments before the 2015 arrest that would lead to her death.

After pulling her over for failing to use her turn signal, Encinia did not waste any time escalating the situation, incensed by Bland’s resistance to his belligerent behavior and her knowledge of her legal rights.

“I am going to drag you out of here,” Encinia barks at the camera.

“So you’re threatening to drag me out of my own car?” Bland responds.

Encinia then draws his taser. “I will light you up. Get out.”

Unlike the dashcam footage, published shortly after Bland’s death at a Waller County jail when the case was receiving national attention, the new video puts viewers in Bland’s shoes. No longer a fly on the wall, the audience feels Encinia’s fascist rage directed straight at them. 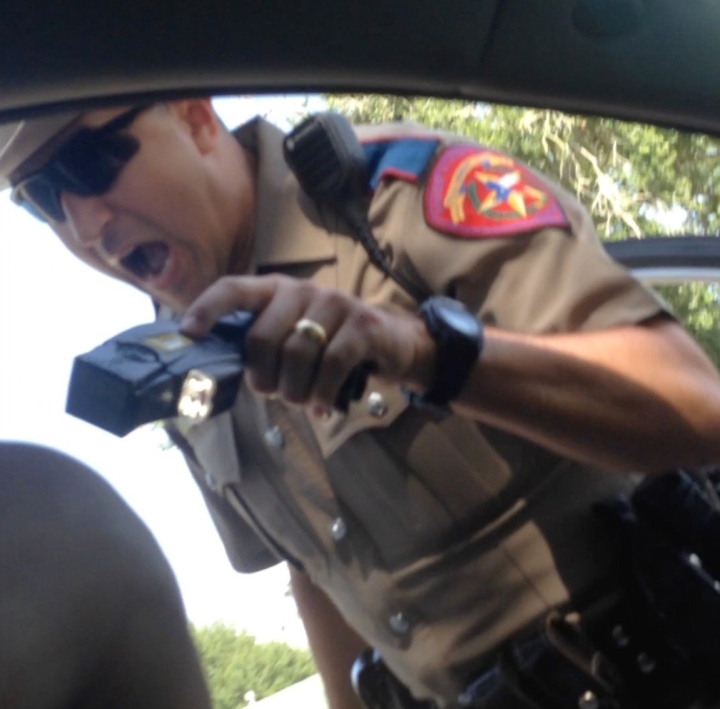 Even more disturbing, reporter Brian Collister who acquired the footage had tried to publish it in 2017 with the Austin bourgeois media outlet KXAN, but he told the Texas Observer that station director Chad Cross hadn’t considered it “newsworthy” and said “it didn’t do anything for him.” Communists and activists in Austin are all too familiar with KXAN’s reactionary reporting and their regurgitation of police narratives.

The state of Texas denies that this video was covered up, but it is difficult for anyone to take their word for it in what many believe to be a murder. Whether or not Bland committed suicide as authorities claim, the masses have good reason to suspect the state of cover-ups, foulplay, and terrorism when it has historically oppressed them. The police tactic of pulling over working-class people, especially Black people, for minor traffic violations as a pretext for unlawful searches, arrests, or violent repression is well-documented.

Bland’s death is one of the many targeted killings of Black people that enraged thousands across the country earlier this decade, resulting in the Black Lives Matter movement. Bland herself was not an innocent bystander but a BLM activist who creatively used her media skills to advocate on behalf of Black people and against police brutality.

The resurgence of Bland’s story and the anger the new video has provoked are testaments to Bland’s heroic resistance to police repression. The state and its allies like the bourgeois media want Bland’s memory to fade away and her struggle to be forgotten.

The Black Lives Matter movement was mercilessly dismantled by reformists, revisionists, and bourgeois politicians, who served the ruling class as they channeled the righteous rage of the masses into do-nothing non-profits, postmodern all-talk collectives, and counterrevolutionary electoral campaigns.

Many of the masses who took the streets for Sandra Bland back in 2015 are still around today, and they are ready to answer a new call to defend Bland’s memory and what she stood against. A new movement to fight for the Black Nation impatiently waits to awaken; Sandra Bland’s video beckons it forth.