Incendiary has received the following images of agitation and propaganda which promote this year’s Red May 1. Austin has seen combative demonstrations for the past four years on International Workers’ Day, the widespread propaganda this year promises another great celebration. Unlike the revisionists and right opportunists who did nothing last year and show no signs of life this year, Maoists lead workers year after year in taking the streets without permission or a permit.

It is virtually impossible to travel in the working class neighborhoods without encountering a poster or Maoist graffiti in promotion of the workers’ holiday. 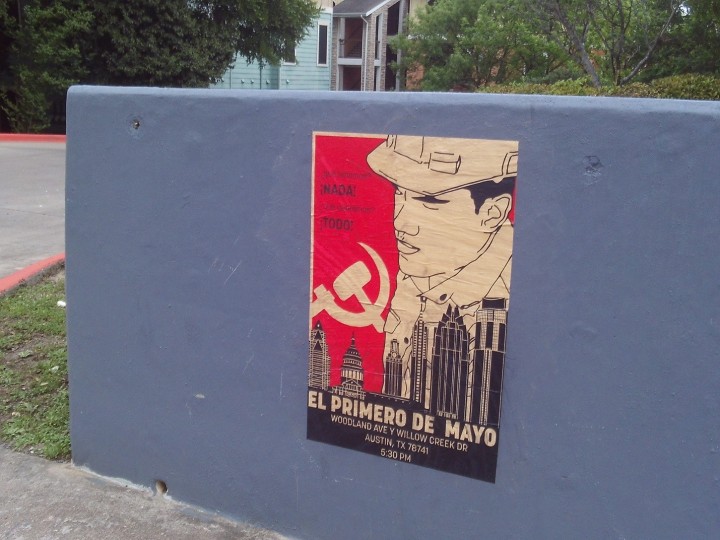 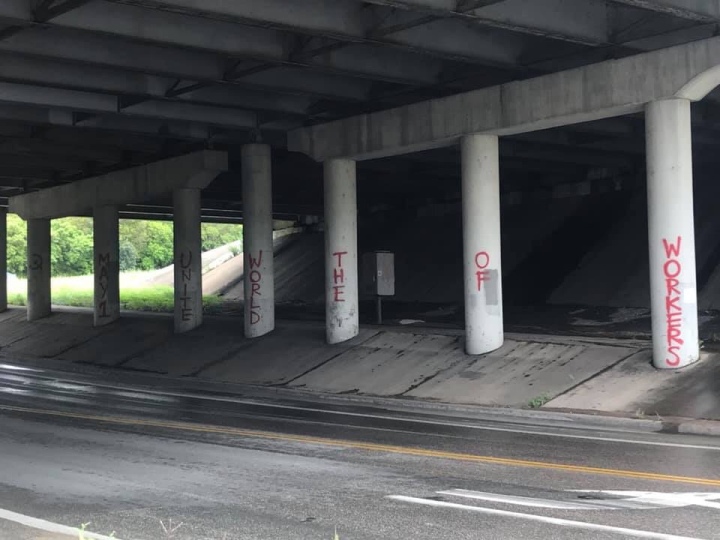