This past month, Serve the People – Kansas City (STP-KC) announced an anti-eviction campaign with the goal of organizing tenants to put an end to evictions in their city. While STP-KC has organized anti-fascist actions and struggles against particular landlords in the past, this marks the beginning of a new direction for the group.

“Our current work is centered around mobilizing tenants to halt evictions,” a STP-KC organizer told Incendiary, “canvassing different complexes weekly, popularizing the anti-eviction brigades as a force to enforce a no-eviction policy.”

On an average day in Jackson County, Missouri, forty-two people lose their homes. Tenants who try to fight back in court find the deck is stacked against them, with judges siding with landlords in 99.8% of eviction cases. Many working tenants struggle to make ends meet as they face rent hikes and unlivable conditions.

The working class in Kansas City faces a housing crisis. Rents are rising while workers’ wages stay low. Thousands of people sleep in the streets as tens of thousands of houses sit vacant. The threat of eviction is a sword hanging over the head of working-class tenants, who are only one missed paycheck or medical bill away from losing their homes.

Broken plumbing, faulty furnaces, mold, rats, roaches, and even floors or stairs collapsing are all too common. 68% of rental units in Kansas City were built before 1980, with one out of five built before World War II, and it’s hard to see what landlords have done since then except raise the rent.

Despite all of this, working tenants in Kansas City have no organization to further their cause, not even a tenant’s union, but the anti-eviction campaign promises to change that.

So far, canvassing has been effective, the STP-KC organizer said, with many tenants signing up as supporters or members of the anti-eviction brigades and expressing interest in taking action like rent strikes.

“STP’s tenant organizing is really unlike anything else. That’s what gets people interested. NGOs and government initiatives don’t really solve the problem at the root, and I think the masses know that,” an organizer said. “Other organizers act like tenants aren’t really interested in fighting for political power, and from all my interactions with the masses, that’s just plainly untrue. There’s something incredibly powerful about being able to stand up to your oppressors and make them shake.”

At the second public meeting of the anti-eviction campaign, the temperature was below freezing with schools closing for the day and hundreds of cars wrecking on the icy roads, but that didn’t deter new supporters of the campaign from showing up in greater numbers than the previous meeting.

“Without STP, we wouldn’t have nothing to fall back on,” one tenant from Charter Landing Apartments said. “Lawyers and programs won’t help you when you’re facing eviction, they’re only after your money.” 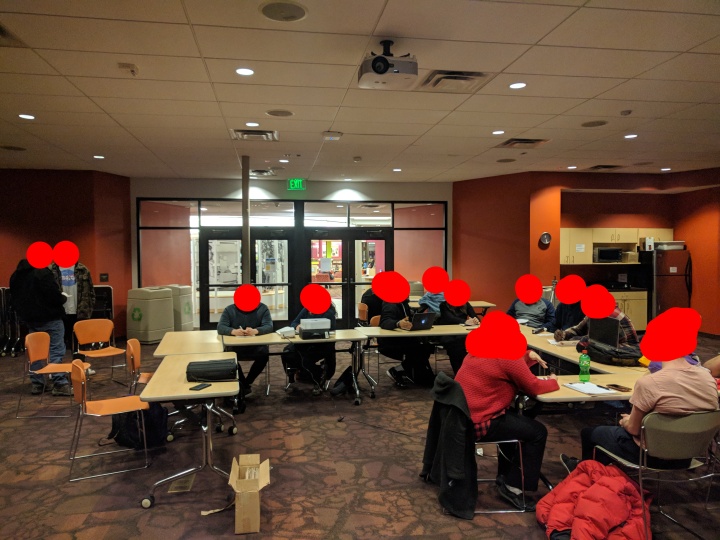 One STP member gave a presentation on “The Housing Question” by Friedrich Engels, explaining that workers in Kansas City today face the same housing crisis as workers in Germany faced in the 19th century, because capitalism continues to treat housing only as a commodity to be bought and sold.

Reformist “solutions” like affordable housing programs fail to solve the housing crisis because they don’t deal with its root, the capitalist mode of production. Without evictions and homelessness, there would be no landlords. The only solution, she explained, is to overthrow capitalism, making a new economic system where housing is based on need rather than profit, where people are no longer exploited. STP-KC seeks to organize the masses to make that a reality.

STP-KC will be holding a rally at noon on Saturday, March 9 in Ivanhoe Park to further energize communities around the anti-eviction struggle. This will be the first of many rallies for the campaign, bringing the anti-eviction brigades from different areas together. There will be an open mic and brief speeches from organizers, as well as free food. The rally aims to encourage tenants to share their stories, raise their spirits, and build connections between different neighborhoods and complexes.